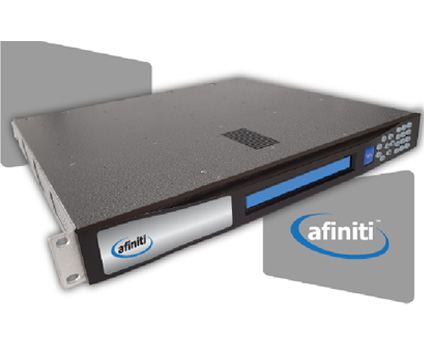 specifically for premium quality video applications. This carrier solution features a wide range of capabilities from 4K(UHD) HEVC 4:2:2 10-bit to AVC 4:2:2 10-bit to MPEG 2 4:2:0 8-bit encoding. Capable of encoding a single 4K(UHD) or four HD/SD channels per carrier, this offering enables solutions for a wide range of markets. The AFN-1000 can support up to 6 channels of 4k(UHD) or 24 channels of HD/SD in a 1RU frame! 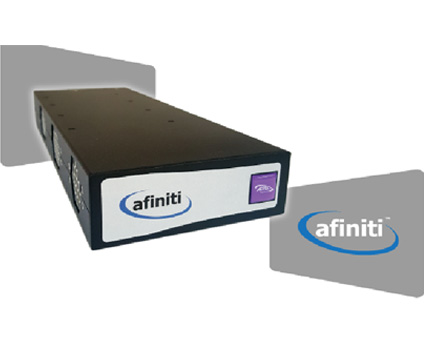 Adtec’s AFN-250 product series packs unmatched channel-count and codec options into a compact and flexible design. Designed for use in professional video streaming applications, the AFN-250 product series is a modular, flexible, and upgradable solution. Adtec offers a base model with hardware and software options that enable

you to customize your device to match your current needs.

Adtec offers start-up solutions as simple as a single channel of HEVC, AVC, or MPEG 2 encoding with an on-board IP multiplexer. You can expand the capabilities of that device to include two 4K(UHD) HEVC channels or eight channels of HD/SD encoding. Or, add the audio expansion carrier to boost your audio channel count or audio codec options 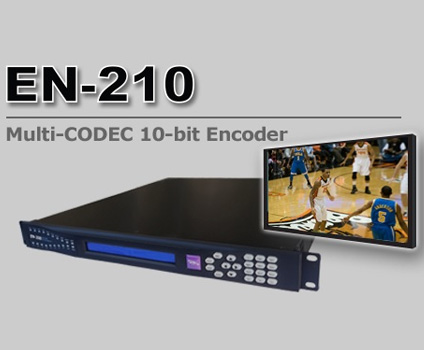 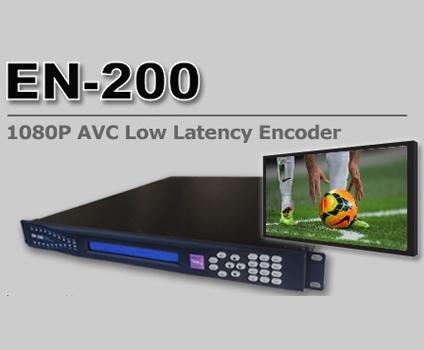 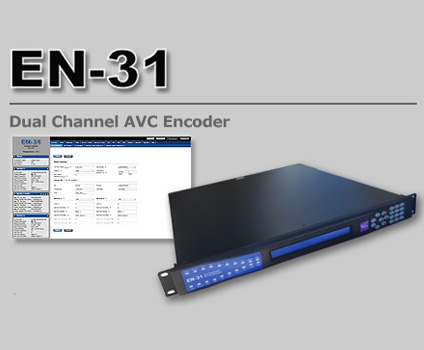 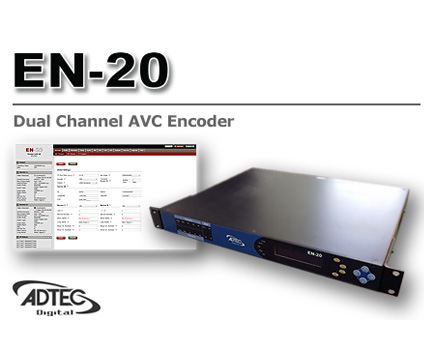 The EN-20 encodes two services multiplexed into an MPTS and concurrently transports them via ASI, IP and optional QAM. Closed captioning and support for Emergency Alert (EAS) are standard. 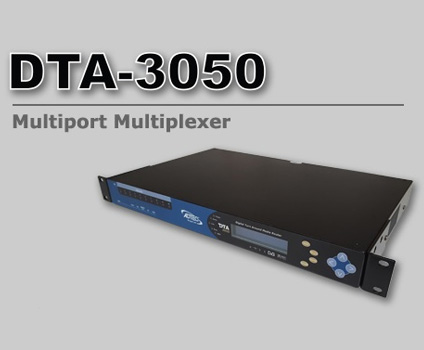 Ideal for large scale deployment, the DTA-3050 makes it easy to multiplex and de-multiplex ASI transport streams. It enables incoming programs (SPTS or MPTS) to be built into new program bouquets and allows local content to be added. The DTA-3050 is available with multiple ingress inputs, mirrored ASI outputs and Gigabit for IP transport. Fully featured for ATSC applications, it can also aggregate and process MPEG, Digicypher, or DVB based services for traditional satellite and cable broadcasts. 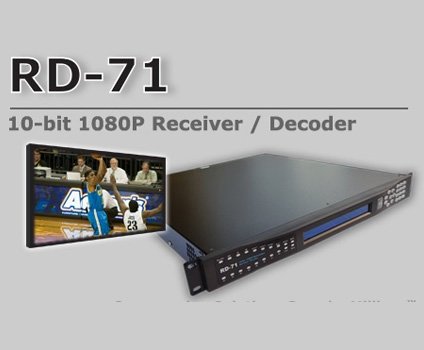 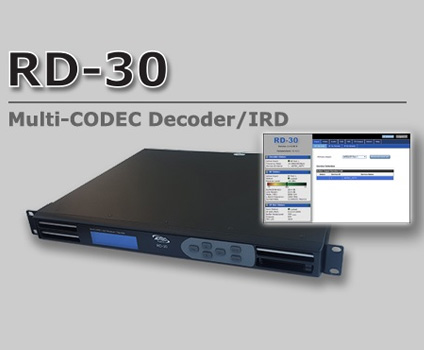 The RD-30 is a standard and high definition IRD that supports MPEG 2 and MPEG 4 AVC/H.264. Interoperable with encoders industry-wide, the RD-30 is ideal for mission critical trunking, ad-hoc OB, DSNG and teleport applications.

Features include enhanced control and monitoring via its front-panel, browser and SNMP interface, eight (8) channels of audio decoding, robust VBI support, up to 32APSK demodulation, reliability and ease of use. In addition to MPEG 1 Layer 2, AAC-LC, AAC-HE (v1/v2), Dolby Digital 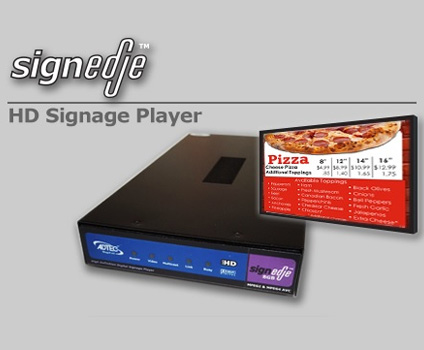 The SignEdje is a digital media player for AVC/H.264 and MPEG 2 high and standard definition file playback and IP stream decoding. Whatever your source, the signEdje can automatically scale the content to match your output target up to 1080i60 for outstanding HD playback. With support for decoding muliticast HD content with fall-back drive playout, the signEdje players provide output even on the most challenging networks. Deploy multiple players on the same network and get synchronized playback of your content for stunning displays.

The SignEdje can easily be configured using the on-board web-based control application and has front panel LED indicators for current state.